Eye tracking is amazing, insightful, state of the art technology that enables you to literally see through people’s eyes. It’s most often used to increase sales on e-commerce websites, software or products but can also be used to measure the effectiveness of marketing campaigns before they launch.

If you’ve never used eye tracking to gain insights into consumer behaviour then you really are missing a whole section of vital information to improve your user experience and conversion.

We recently exhibited at Salford Business Expo where we held live, interactive eye tracking demos using our website eye tracking unit. The unit looks like a standard computer monitor however inside are hidden cameras that track the users’ eye movements, mapping them onto what’s being tested so we can see in real time precisely where they’re looking.

One of our live eye tracking demos 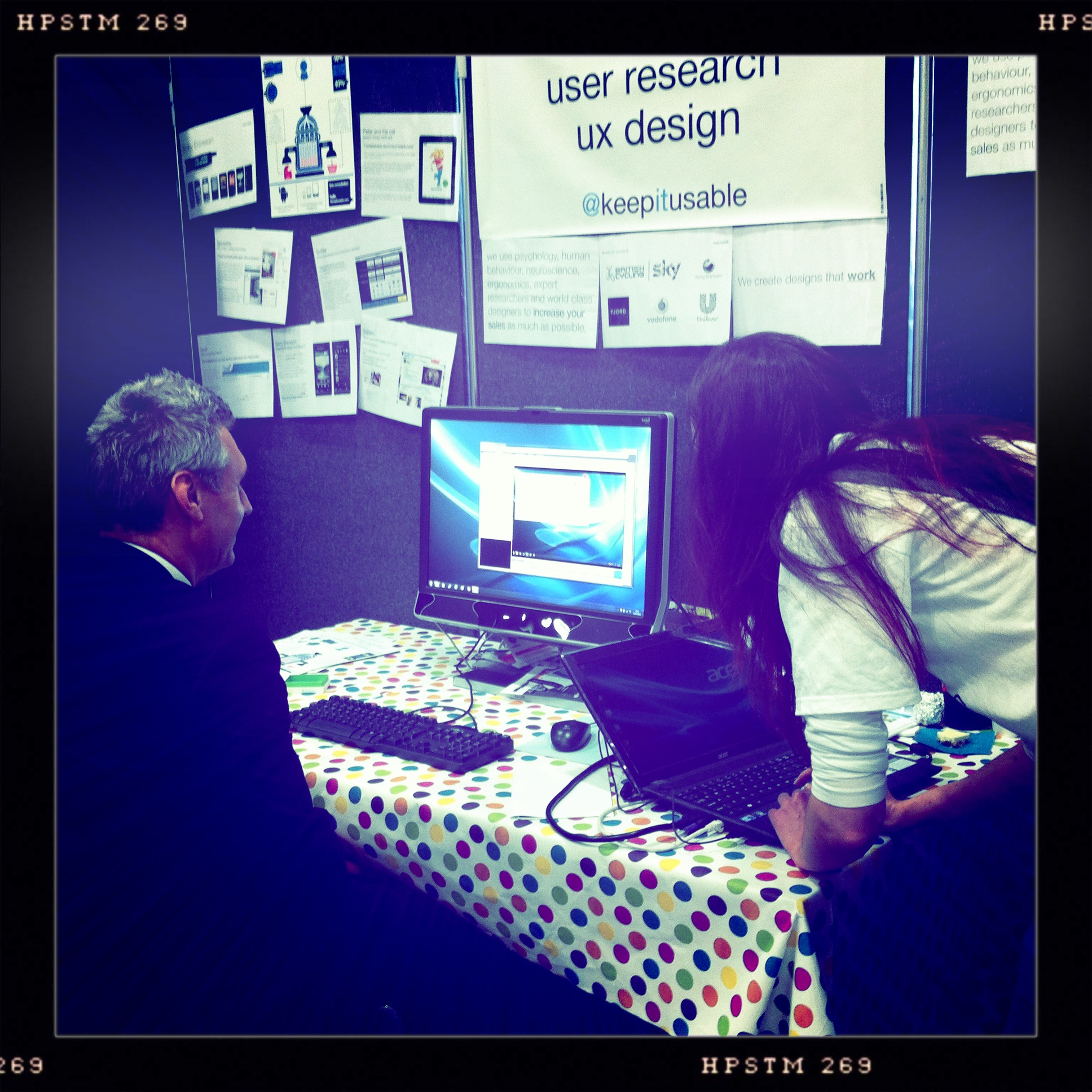 We have several types of eye tracking units from a portable pair of glasses to large Monitors, that we use to test a whole range of things:

Shopping customer experience – How do customers shop in your store? What draws their attention? Does your product / brand stand out against competitor products?

On a very basic level we’re observing and analysing human behaviour with digital and product platforms, our aim being to improve the interaction by making it feel intuitive, easy and enjoyable. If you can achieve this people are 87% more likely to buy from you, they’ll buy more, come back more frequently and will be 3 times more likely to recommend you.

We were impressed by their focus on what actually works, rather than just what looks nice on a mock up

Visitors to our stand at the expo were clearly fascinated and amazed when we replayed their eye tracking videos back to them, discussing with them why certain elements of the website being tested caught their attention and why other things that should have in theory caught their attention didn’t. User behaviour is unpredictable and differs between types of people, so for design to work to sell your product or service and not just look pretty, it needs to be user centred.

Just like a shop front, if people aren’t drawn in through the door by seeing something that appeals to them or if they can’t work out how to get through the door, they’ll walk on by and stop at your competitor instead.

We run and analyse all our eye tracking research so we do all the hard work for you, delivering the insights you need to sell more of your products or services.

We had a brilliant day at the expo, educating the people of Salford and Manchester to the benefits of user experience and eye tracking and we hope at the very least that they start to think more about the people using their website or product. As opposed to designing something that just looks nice, our designs actually work to bring you more sales (as well as looking nice too of course!).

An example of our mobile and tablet eye tracking unit setup 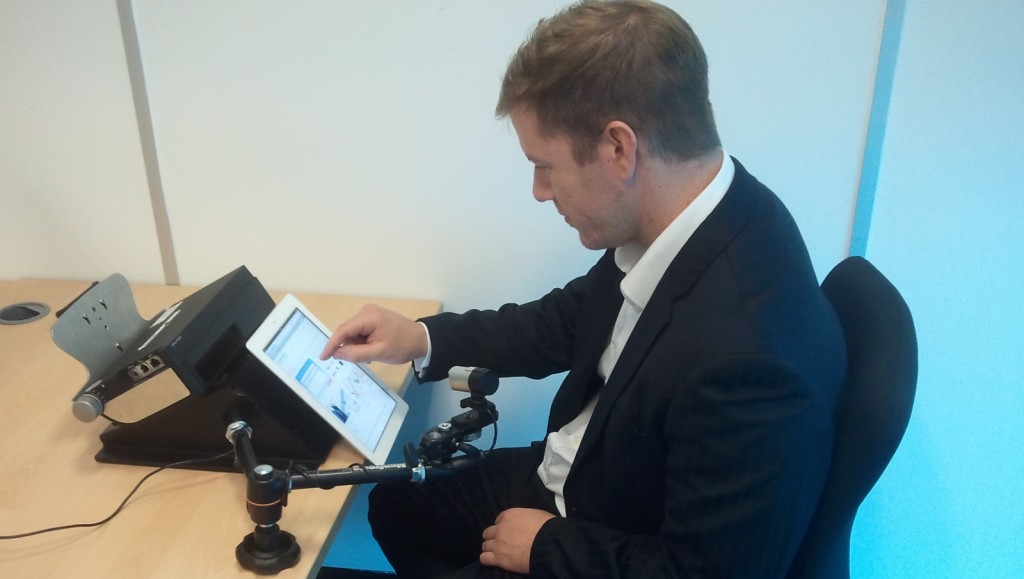 One of the most viewed videos on youtube recently has been of a girl who whilst walking down the shopping mall, becomes so engrossed in using her mobile phone that she doesn’t notice the mall’s water feature in front of her and trips right into it! So far it’s received nearly two million views. Why is it so popular? Because we’ve all walked down the street whilst texting, not looking where we’re going and we all know that could have been us! However it does bring to our attention how the environment affects the user and how we should design products with the users’ context very much in our thoughts.

It used to be easy to multitask with your phone didn’t it?… to ‘text and walk’. Hardware keys were prolific and big…you could feel the tactile separation between each key. It was almost like touch typing on a computer keyboard – you knew what each button was for and you could find each button by touch alone. You could then press the button easily, receiving a positive, satisfying click feel before moving swiftly onto the next button. Many users in usability tests told us how they even used to text whilst driving! We certainly wouldn’t recommend this, however it does demonstrate how easy it was to multitask.

Now touchscreen devices are the cool thing to be seen using. The tactile feedback on them isn’t fantastic and is nothing like pressing a real physical button. The consequences being that we cannot mobile multitask like we used to. You HAVE to look at the onscreen keyboard and user interface whilst using the device and you have to walk a lot slower or even stop altogether to be able to input accurately. Add to this several shopping bags being carried, friends chatting away to you and before you know it using your mobile has become a real annoyance!

Design for the user

By understanding the users motivations, their environment and context of use, we can help ease their pain through good and thoughtful design. We can help the user to be less error prone by enlarging hit areas. We can help their decisiveness through simplifying the content onscreen (less is more). We can help speed up frequent use cases by designing for a flow, with good call-to-actions. We can be thoughtful of colours and contrast to limit screen reflections.

Humans find dividing their attention between two tasks very difficult unless one of the tasks has been performed so many times that it’s become almost second nature, such as driving. You may recall when you first learnt to drive that you had to really concentrate on what you were doing but now it feels natural and you can happily hold a conversation, listen to music and drive at the same time with very little effort.

Unfortunately for the girl in the mall, she was unable to allocate mental resources to both watching where she was going and using her mobile, preferring to concentrate her resources on her phone. Of course it may be that it was a new phone or the activity she was performing may have been particularly engaging, so she was having to apply more attention than usual. She sure paid the price!